Happy International Men’s Day! A glorious day for us all to celebrate the wonderful men in our lives! Tell them how important they are to you. Tell them how lucky you feel to have them in your life. Tell them how much better they make your life! And if you’re anything like me, you’ll really enjoy making people feel uncomfortable (and suspicious!) by being nice to them, so really go for it! Don’t hold back! It’s not every day you have a legitimate reason to tell guys how much they mean to you without raising a few eyebrows (or the assumption that you want to borrow money or need a lift somewhere. That’s the usual response everyone gets from their dad, right?!)

I’m not gonna lie, the first time I heard that International Men’s Day was a real thing, I assumed it was some sort of joke in response to there being an International Women’s Day. But within about two minutes of actually doing some fact-checking, I learned what it was really about, and it’s been an important date in my diary ever since. I’ll talk more about this shortly.

As I’ve already been discussing this month, November is a month dedicated to raising awareness of men’s health. We’ve all heard of Movember, right? I had thought it was just a fun bit of wordplay for some guys growing a ‘tache for cash. I was wrong about that too! Movember is also “the leading global organisation committed to changing the face of men’s health”. And on behalf of humans of code, I’m currently raising money for Movember by walking 60km in November, which you can donate to. Don’t worry, I’ll remind you again at the end of this post!

Anyway, back to International Men’s Day (IMD). The 6 Pillars of IMD are:

Something we talk about frequently at humans of code, is the shocking statistic that in the UK, three out of four suicides are male. And globally, every year, we lose around 800,000 men to suicide. That’s one preventable male death every minute of every day. According to World Health Organisation data, suicide is the biggest killer of men under the age of forty-five.

Undoubtedly, society’s expectations of men and outdated gender stereotypes have a role to play in men’s mental health. Men are generally expected to be strong, aggressive, courageous, assertive, independent, knights in shining armour. They are hunter-gatherers. They’re the bread-winners. They provide us with food and shelter. They beat their chests and go off and investigate the noise downstairs in the dead of night.

Hmm… this all sounds a lot like the plot to some sort of fairytale, where a prince charges in on his trusty steed and rescues his woman from a life of bare-footed laundry and not being invited to parties. Then much to his family’s dismay, he marries this poor girl and they live happily ever after. Yawn.

Maybe she didn’t need to be rescued. Maybe the prince fancied her brother. What if she was a happy, indoorsy introvert? What if he wanted to wear a dress to the ball? Maybe neither of them were interested in the concept of marriage. These are the gender stereotypes pushed on us from the beginning. It’s little wonder we grow up with these unfounded expectations of a ‘happy ever after’.

These stereotypes can be incredibly damaging. They can leave people feeling like an absolute failure at life if they’re not achieving the things society expects of them. A house, a car, married by 30, great career, 2.4 children, a wide circle of friends, dinner parties… The ‘perfect’ life. If that’s what you have, and you’re happy – excellent!

A huge number of us are struggling to just get through the day most of the time. Out of milk, no clean underwear, where do all the spoons go?! Oops… another birthday’s been forgotten about! Awkward. And I imagine this list goes on when you have kids! These things don’t make you a failure. They make you human.

Humans. I implore you to banish these stereotypes to history! Let’s look at those 6 pillars of IMD again. Is there something there you can do today to celebrate International Men’s Day? What about reaching out and telling someone why he’s special to you? And here’s a wild idea – why don’t you remind yourself what’s great about you?! If you can’t think of anything, then maybe it’s because you’re so modest. Maybe you’re someone who’s just out there, selflessly doing your best for everyone else without giving yourself a second thought.

This is a subject that we at humans of code are hugely passionate about, and I could happily talk about it for days. But it’s also pretty huge, and so we want to break it down and give it the attention it deserves. Toxic masculinity, What is gender, What does it mean to be a man, Why phrases such as ‘boys will be boys’ and ‘man up’ are so damaging and need to be reclaimed. This is a huge subject.

Liberating men from these perceived masculine ideals is the most effective way to help everyone. We’re all on the same team.

Happy International Men’s Day! Here’s to you, wonderful menfolk of the world!

P.S. There’s still time to help me reach my target for Move-ember! Globally we lose around 800,000 men each year to suicide. That’s one man every minute. That’s 800,00 men too many. I’m walking 60 km this Movember for the 60 men we lose to suicide every hour. If you would like to donate to Movember, you can do so here.

Director & Co-Founder at Humans of Code 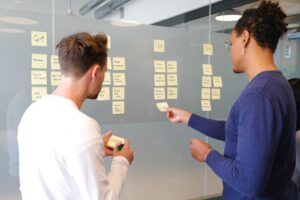 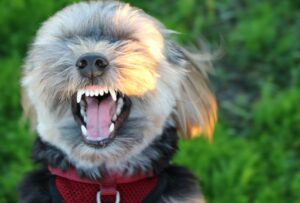 Happy to be a failure 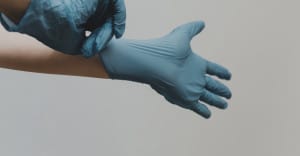